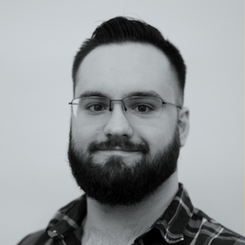 The difference between black, grey, and white box testing

Think of black box, grey box, and white box testing as a gradient.

On the black box end, you know nothing about the internal workings of something when you test it. You have no knowledge of the source code or infrastructure, the libraries or frameworks used, or anything about the tech stack beyond what would be absolutely essential (e.g. if it’s a website, then it must have a backend server, and the frontend must at least be using HTML). All you see is what you put in, and what it spat out.

On the white box end, you are allowed pretty much perfect knowledge of how the system works, and complete access to all source code. You may choose to tap into some internals of the system directly, or only rely on input/output, like with black box testing. The difference, i.e. what makes it “white” box testing, is in the information used to engineer the test.

Adopting a grey box testing mentality is necessary and unavoidable

It’s more a description of how much knowledge you have about the source code and infrastructure when designing a given test.

You will learn things about how it functions beyond what is shown at the surface level, and then you can never truly go back to black box testing.

Using a black box mentality can hurt us

If we treat the test subject as a black box, we don’t get to assume anything about how it works, at all, beyond what can be logically deduced. That means we can’t make assumptions about how things like state are managed as we go from step to step.

For something like a website, this is particularly costly, especially nowadays with things like AJAX, the HTML5 history API, and SPAs. We can’t assume that any one flow through the website would result in the exact same thing as going through another flow, which means we’d have to cover all possible flows, which gets exponentially worse the more functionality a website provides.

For example, let’s say we have an eCommerce site, and we want to test adding an item to a cart by clicking the “add to cart” button on that item’s page.

Well, how we got to the item’s page could matter; we can’t assume otherwise.

There’s an enormous amount of complexity potentially surrounding this one, simple feature.

To emphasize just how costly this is, take a look at this simplified simulation showing how many test cases you’d have to cover given a set of potential flows, and just how long it would take to run them.

With grey box testing, we’re allowed to look at how the system works, and make logical deductions about which tests we actually need to write, and how to best write them.

This can drastically reduce not just the number of tests we have to write, but also how long they take to run on their own and collectively.

Here’s one potential outcome with just the knowledge that the frontend is a SPA made with React and Redux.

You can read more about how this can be done here.

Grey box testing allows you to target very specific behaviors using only the dependencies you actually need. This means that when a behavior is broken, and a test caught it, the developer will get a much clearer idea about where the bug is, because the test will involve less of the inner workings of the system so the developer has fewer places to look. If a failing test is named test_tax_calculation, the developer should immediately know the problem is in the function that calculates tax.

Since the tests are also running much faster, the developer can rapidly iterate allowing them to fix the bug faster, with less frustration.

Remember, the point of automated tests (at any level), is not just to spot when the system is broken, but also to help identify where it’s broken, and help verify that a change makes it broken no longer.

Grey box testing from the start is great, but not necessarily expected

It’s rare that you’ll walk into a new code base and immediately be able to identify how to most effectively optimize your tests, and no one will expect you to.

But as you acquire knowledge about the system, and other systems in general, you can start writing more and more refined tests. It’s a process that never really ends, so don’t sweat not being able to spot the finish line.

What most consider unit/component tests are a form of white box tests. The vast majority of most applications’ behaviors will be contained entirely at that level, where you’d need access to the source code to be able to test them effectively and directly. Since a good test doesn’t involve dependencies it doesn’t actually need to depend on, you’ll usually find that the vast majority of the tests for your application should be white box tests.

However, since white box testing means you are aware of all levels of the source code, if you aren’t careful, it can sometimes lead to testing implementation, which isn’t great. It doesn’t always, but it can be quite easy to lose sight of the forest for the trees. It’s important to be able to take a step back, but also make sure you aren’t taking so far a step back that you can’t tell when you’re testing the same thing more than once.

You could argue that having complete access to the source code is always the best option. And you’d be right. But if we only considered the source code from that perspective, we might be so focused on testing that a specific custom exception is raised when an object of a certain custom data type is passed as the third argument to a function, that we forget to test the pipeline that exception is being raised to interrupt. This is an example of an assumption being made (unintentionally), but having a test make an assumption is not necessarily a bad thing.

It’s not cheating if it’s not against the rules

You’ll likely hear others says you should always treat the test subject like a black box, and they’re not entirely wrong. But the intent behind saying this is to prevent assumptions from being made unintentionally. Once you know more and have the experience, you can start looking inside and poking arond.

It’s also a warning against doing too much tinkering around inside the test subject with things like mocks/stubs, as too many of them can end up causing more harm than good. But the tests should also inform the design of the code. If the test has to mock out a bunch of stuff in a specific function to test a specific behavior, then maybe that function is involving more than it needs to and needs to be refactored. That’s all part of the development process, and is the reason behind things like TDD and TFD.

So just be careful, and only make assumptions when you can do it safely. Work with other devs to find out where behaviors can be most effectively tested, what exactly would be assumed by testing them at those levels, and how those assumptions can be tested on their own. Then you can use this knowledge to build out a comprehession, efficient test suite.

The Importance of Words: Waterfall vs Agile

Waterfall methodologies are often seen as the antithesis of Agile, and therefore ‘bad’. But what does it really mean for something to be ‘waterfall’? Are you...

The Importance of Words: Quality

We care a lot about the word ‘quality’ in the software industry. But what actually is quality? How do we use the word in our day to day life?

The Importance of Words

It’s natural (and inevitable) for words and phrases to change in meaning over time. But what if they were chosen for a purpose, but their meaning changes eno...

A sustainable development process needs checks and balances to ensure we move forward as quickly as we can safely. But what happens when there are none?

“What would QA do all day?”

If the developer wrote the tests for their tickets, what would QA do all day? More importantly, what are the implications of that question being asked in the...

The Harmful Obsession With DRY

The intent of DRY is to help us find potential opportunities for abstraction. Many take it to mean we should never repeat a block of code. However, this inte...

What is grey box testing? How can it benefit us? How is it different from white or black box testing? Are they all required? Do they dictate how we design ou...

You’ve heard it before, and probably many times. But why exactly is it the rule that should only have 1 assert per test?

Whose responsibility is it too write unit tests? Should SDETs know how to write effective unit tests?

There’s some fundamental issues with the claims that Cypress makes of themselves that need to be acknowledged. Let’s take a look at their claims and see if t...

We’ve all gotten frustrated dealing with flakiness once we start involving Selenium in our tests. But is Selenium really the problem? What can we do to solve...

The usage of React and Redux together creates fantastic opportunities for refining tests. Let’s go over one of those opportunities and the benefits it provid...

Before we can refine our tests to take advantage of React and Redux, we first have to understand what they do for us, and a little bit about how they do it.

Now we know how to maximize test validity. But how can we leverage that in other ways than just providing test results to someone else?

The validity of tests helps build our confidence in them and determines the value they add to our test suites. But what does it mean for a test to be ‘valid’?

Scientific Testing Part 1: Getting Back on the Right Track

Software tests are a form of scientific research and should be treated with the same scrutiny. To show this, let’s go over what ‘science’ is.

A collection of testing maxims, tips, and gotchas, with a few pytest-specific notes. Things to do and not to do when it comes to writing automated tests.